Emulation of famous terminal from Lear Siegler, Inc. - ADM-3A. It had a nick name ‘Dumb Terminal’. In the time (1974), due to its cheapness and speed capabilities required in that time, it became de facto standard in the industry. Often it was used in connection with MITS Altair 8800 computer, so the decision of which terminal to emulate was clear.

Maintenance manual can be downloaded at this link, operator’s manual here.

GUI can be seen here: 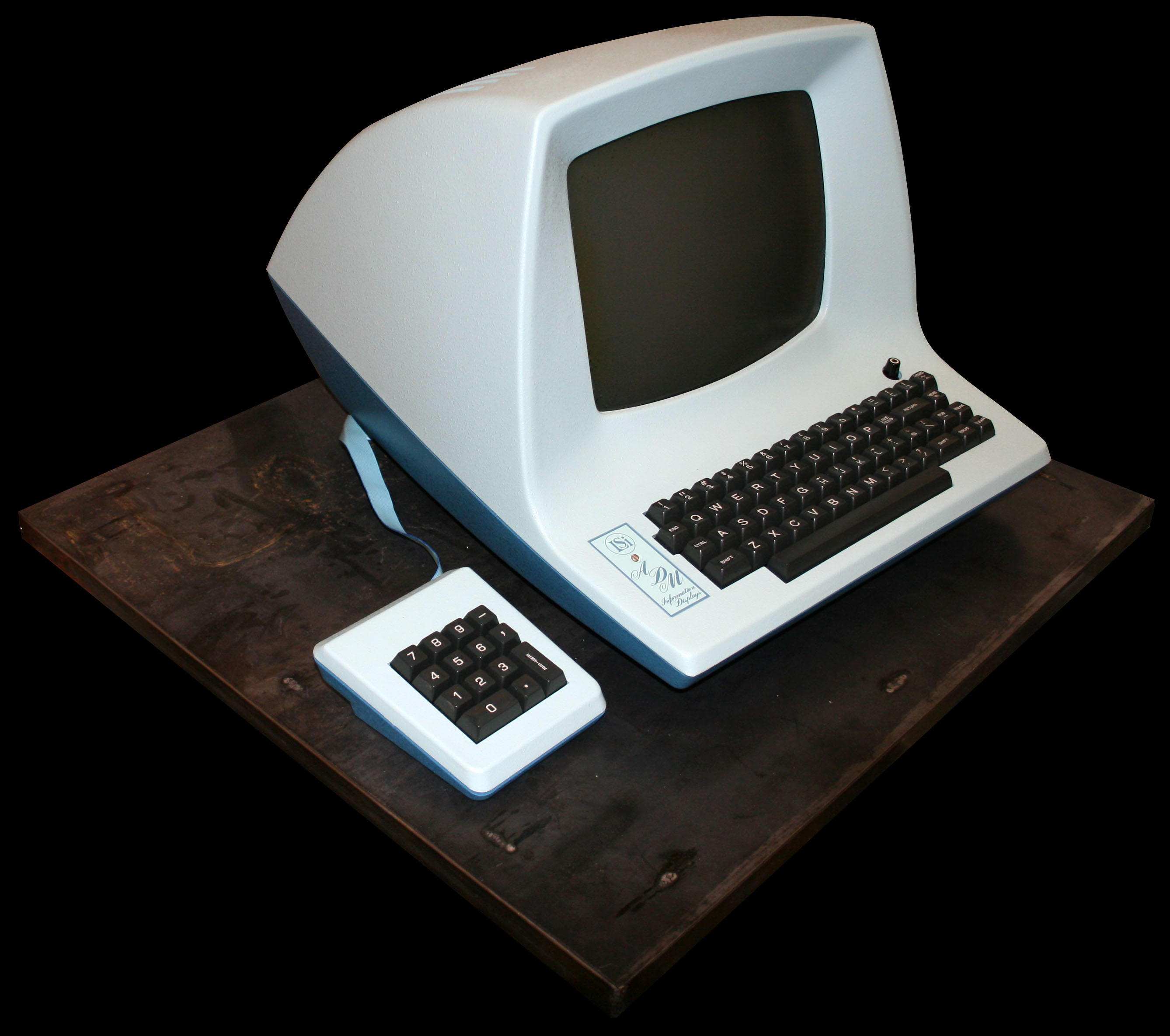 Terminal could display 128 ASCII characters (upper-case and lower-case letters, punctuation and numbers). Original ADM-3 could display only 64 (only capital-letters and some other). For saving very expensive RAM the terminal offered size 12 rows x 80 columns, with optional extension to 24 rows x 80 columns. The size used in the emulator is hardcoded to 80 columns x 24 rows.

Besides, the emulator uses custom font colored green, with anti-aliasing support and double-buffering.

Terminal could generate always 128 ASCII characters (upper-case, lower-case, punctuation and numbers). Besides, it could generate special control characters which affected current position of the cursor and were not sent to CPU.

Emulated device allows to generate almost anything what your host keyboard can give. It is only up to font which characters it can display. The font cannot display any special non-US characters used in various languages. Just classic ASCII.

The following table shows control codes (CTRL plus some key combinations). The table can be found in original manuals. The emulator is following it.

Absolute cursor position from the keyboard

The “load cursor” operation can be activated by pressing ESC key followed by = key. Then the terminal expects another two keypresses, one representing X, and the other one the Y position of the cursor.

X and Y corridnates are translated from the key presses. The following table shows the key-to-coordinate translation table.

It is possible to configure the terminal either from GUI or manually modifying configuration settings. Modification of settings requires restarting emuStudio.

The “settings” window is shown in the following image: 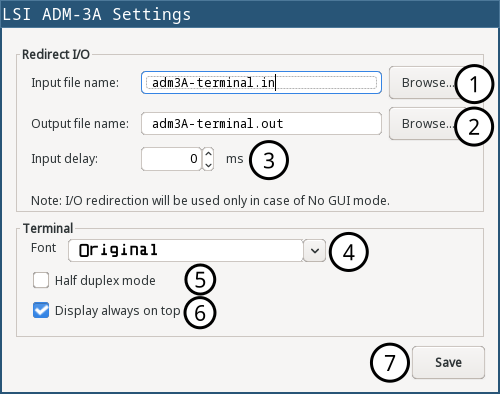 Terminal behaves differently when emuStudio is run in automatic (or “no GUI”) mode. In that moment, input is redirected to be read from a file, and also output is redirected to be written to another file. File names are configurable in the computer config file. Using redirection in GUI mode is currently not possible.

The following table shows all the possible settings of ADM-3A plugin: