SSEM used the world’s first random-access memory called Williams or Williams-Kilburn tube. The used principle was the same as in standard Cathode-Ray-Tubes (CRTs). Original EDSAC computer (which introduced the von Neumann architecture) did not have random-access memory.

SSEM memory had 32 memory cells (called words), each had a size of 32 bits. The memory could contain instructions and data. So, one SSEM instruction perfectly fits in the single memory word.

SSEM had 32 so-called “lines”, which represented cells in memory. Each line, or a cell, was 4 bytes long.

Since emuStudio is interactive application, GUIs are a natural thing. The memory GUI looks as follows: 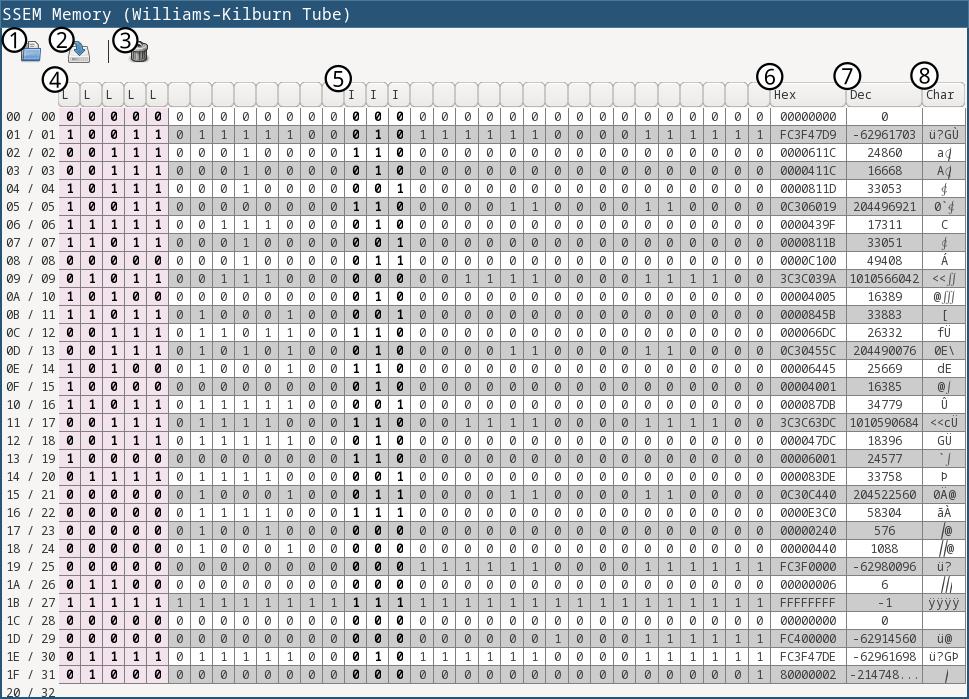 As you can see in the picture, a row represents single SSEM memory cell - 32 scattered bits and the last few columns show both the number the bits represent and a raw ASCII value of the 4-byte sequence of data.

Editing the cells is also possible, by pointing to a bit, and pressing either 1 or 0 - possibly a DELETE key, committing the change immediately. This works for the value itself, and the data column as well.

Movement around cells is possible with arrow keys.